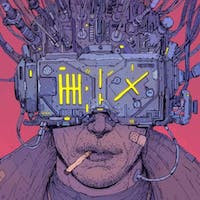 Where our journey starts...

Proof-of-Stake, or PoS, is a term used to describe a consensus mechanism used by a variety of alternative cryptocurrencies, or altcoins. The idea revolves around shifting work from energy-wise intensive computations to economic value itself, represented on-chain and wrapped to the coin of each network.

The reasoning behind this approach

In this overview of State-less/Epoch-less Proof-of-Stake cryptocurrency implementations, my objective ideally is to divide PoS implementations in two big subgroups, this being the first one. In fact, while all Proof-of-Stake implementations try and achieve the shift of work to on-chain economic value, a radical difference comes to how their own block primitive is structured; a group of PoS implementations always requires knowledge of the current best block available, and follows it using chain-based rules, while others, by using a certain amount of "Proof-of-Stake-only bytes" in the block primitive header, which are not work related, use a Byzantine-Fault-Tolerant-like, or BFT consensus. I have seen these two categories in different developer resources, such as in the Ethereum documentation, albeit defined and divided following a slightly different set of assumptions. I try and make my own approach more abstracted, in order to keep the two sub-groups as generic as possible. The alternative would be making said groups too specific and risks fragmenting new PoS implementations into smaller categories, thus defeating the purpose of this approach. Tracing a line here helps us identify such a broad set of different implementations.

A look at the main implementations

Notice: most modern proof-of-stake implementations are account-based, instead of unspent-transaction-output (UTXO) based. This is due to how the first altcoins inherited from Bitcoin most of their code, while newer altcoins tend to have their own, independent codebase. We will get back at this peculiar difference in another part of the series.

There are currently various cryptocurrency networks which run state-less/epoch-less UTXO-based PoS implementations. Although naming conventions are quite confusing, I'll try my best at indexing them based off original versioning. This approach ties in well with the language and specifications most developers I have talked with use, and finding a common ground to which expand upon is mandatory for any type of analysis and discussion. All of these implementations do not require any notion of blockchain states or epochs. States/epochs are a term used for describing chain snapshots used for consensus-critical validation of blocks. They're currently used in most account-based Proof-of-Stake implementations for a variety of security assumptions and as a way of mitigating a wide range of attacks.

The older your economic commitment, the greater your chance at producing a valid block.

The first implementation we have information of is what I will refer to as Proof-of-Stake version nil-n (PoSv0.n), originating from Peercoin. Economic value's work is greatly influenced by how long it has been on-chain. The latest version, PoSv0.5, improves over the original concept, and can be viewed here. Documentation about this protocol can be found reading the Peercoin PoS documentation.

The older your economic commitment, the lower your chance at producing a valid block.

Although this protocol is often referred to as Proof-of-Stake-Time or PoST, it is really just a flavor of "nil-n" PoS, where economic value's work is shifted from gradually increasing based off how long your value has been on the network to the exact opposite. The latest, and only PoST implementation can be found in Verium's codebase, and it is aptly described in this whitepaper.

A fork of "nil-n" PoS, Proof-of-Stake version-n was first implemented in Blackcoin, as described in the Blackcoin protocol whitepaper. The latest version, PoSv3, can be seen live on QTUM. The main difference here is how economic value's work isn't tied to any on-chain time bonus. The best documentation available for this protocol can be found in this devblog by QTUM founder Earlz.

While account-based blockchains are a more popular choice in recent projects, some older chains retain the logic of UTXO-based PoS. When presenting them, I'll use the same versioning in hopes of improving readability and lessening confusion.

A flavor of n-PoS, this implementation shifts the economic value's work from a randomly, hash-chosen winner to a deterministically elected winner, following an algorithm which permits nodes to compute an eligibility score. This score follows version-n rules, so the greater your economic commitment, the greater your eligibility score. There seems to have been a single iteration of said flavor, and it comes from NXT. Documentation regarding the protocol can be found on Github.

This rounds up my list of State-less/Epoch-less Proof-of-Stake implementations. I will take care of updating this list when new protocols which fit this subgroup are published. What are the main differences which could emerge when we add states to the mix? In my next part, we'll have a look at the other big subgroup, state/epoch based Proof-of-Stake, and hopefully address that question thoroughly.